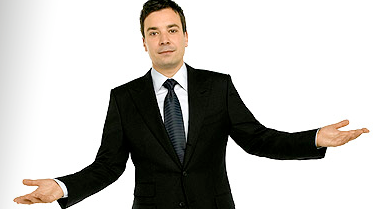 Years after Conan got the nod from then executive of NBC programming Warren Littlefield on his Tonight Show take over in 2009, the time has come. Conan went dark a week ago, packed up and headed for the warmer climes of Los Angeles (that bastard, I so jealous, as I sit stuck in a snow storm). His replacement, Jimmy Fallon, takes over tonight on the peacock network at 12:35am EST. He has a solid line up of guests for his premiere week: Van Morrison, Robert DeNiro and Justin Timberlack are listed for tonight, with Tina Fey and a bevvy of other familiar faces coming on board to welcome the new talkster to the Late Night big time.

Here's some good luck for Fallon. After months of Late Night with Jimmy webisodes and test shows, giving us a personable peak into his world behind the set, it's not hard to think the guy is nervous and eager to find a new generation who will fall in love with his hosting duties the same way a fan base fell in love with the unknown Conan sixteen years ago. Jimmy - if you're roaming this small, unknown blog in between rehearsals and writers meetings, I'm holding an affirming flame for you. 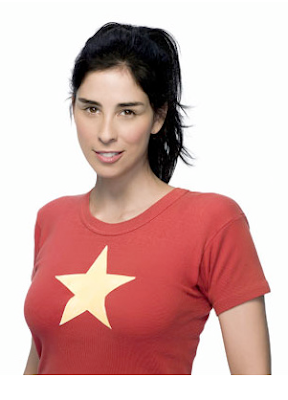 The Hollywood Reporter reports that Sarah Silverman and co-producers Dan Sterling and Rob Schrab have threatened to walk off the set of The Sarah Silverman Show, currently in production on season three - which has been "proposed" to return to Comedy Central, yet not officially renewed by its parent company MTV Networks.

As per THR..."Comedy Central had proposed that the trio bring back the WGA Award-nominated show at about $850,000 an episode, sources said, down from the $1.1 million an episode for the show's second season."

All is not well with Viacom, MTV Network's parent company. As the economic crisis shakes media conglomerates to the core, many lays off have come to pass, and are on the horizon for many entertainment corporations. It's interesting to see how money issues are hitting production itself, a creative entity one would have thought financially untouchable in the past.
Posted by TVBlogster at 6:29 AM