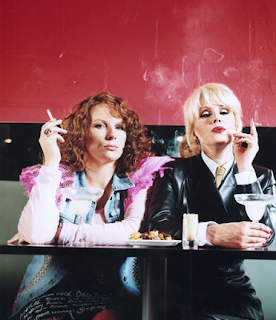 Rosanne Barr once tried to produce an American version of Absolutely Fabulous, but failed. Fox tried to develop the series for next season's schedule, but it also hit a dead end. Ding Dong American AbFab is dead and not a moment too soon. Lets not tamper with perfection. No one will be able to replicate the wonderous comedic timing and chemistry of Joanna Lumley and Jennifer Saunders, nor the wacky Britishness of it all.