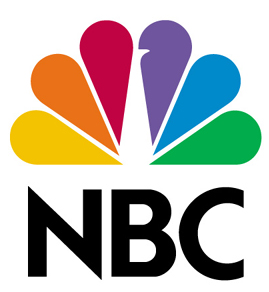 Spring not only means blossoms, and showers, hayfever and spring fever, it also signifies the time of year when networks announce new programs, pick ups and cancelations for the fall to advertisers in a ritual called the Infronts and the Upfronts. Today is Infront day for NBC here in New York, so plenty of announcements shall be had. (Source: Variety - "NBC Shifts Through Shows at Infront) (Source: Variety - NBC Unveils Prime Time Plans)

NBC had already announced the renewal of the tremendous Friday Night Lights after it faced the chopping block many a time. Now the new Thursday night Drama Southland, which stars the very awesome Ben Mackenzie and the marvelous Regina King, has been renewed for next season. Also, Parks and Recreation got the nod for a return season. What these two shows have in common (along with the veteran Lights) are low ratings; however, since Southland is getting raves from viewers, and Parks is beginning to cook, the network is giving some fair chances for these shows. Good news for those of us who love new content, and shutter at the idea of another scripted program biting the dust to make way for reality brain dead prime time.

Also happy news out of the peacock regarding the new comedy Community which stars the insanely funny Joel McHale (The Soup). It been given a "hot" status, and apparently "falls in line" with the 30 Rock/ The Office lineup. However, I'm not sure if "falls in line" means it dovetails nicely with the quirky comedic styles of the Thursday night line up and will be scheduled on another day, or if it will become part of that specific comedy block. Another show getting some word of mouth is 100 Questions for Charlotte Payne, a sitcom that could be the next Friends. Where all these new laughers will fall on the schedule has yet to be mentioned. We'll find out when NBC announces their programming grid at their Upfronts on May 19, also in New York.

P.S. Negotiations in bringing back My Name is Earl is losing momentum. Kath and Kim is officially canceled. Word is still out on the fate of Chuck, but the vibe is positive. Saturday Night Live's "Weekend Update" is returning for another limited run on Thursday nights.


Here's a sneak peak at Community.

Posted by TVBlogster at 7:29 AM