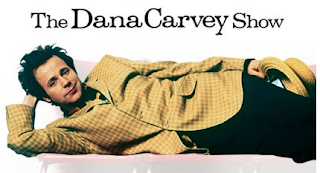 Back in the mid-1990's, when Dana Carvey left SNL, he embarked on his own prime time television sketch show for ABC-TV. It co-starred pre-Daily Show Steve Carell and Stephen Colbert both fresh from the stages at Second City and co-written by Rob Smigel (Late Night with Conan), Louis C.K. (Lucky Louie) and Robert Carlock (30 Rock). It was a laugh riot, edgy, frenetic, snarky series that only lasted seven episodes due to controversy and digs toward sponsors. However, it lives on in the mythical annals of "Brilliant But Canceled" as a classic cult series killed off before it could take off. 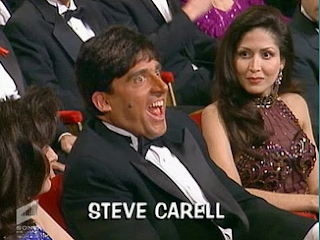 The Dana Carvey Show has been available on YouTube in snippets for a while now, and many a fan such as myself have been getting a nice taste of the comedy that ruffled network executives feathers, such as a bit where President Clinton breast fed puppies and kittens; however, enjoying Carvey's show in its entirety will become easier with a DVD to be released on Tuesday, and episodes streaming on Hulu.com. 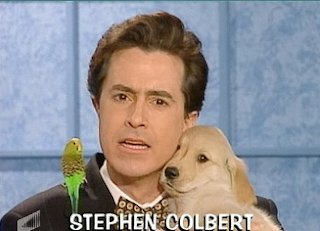 The New York Times published an article today, and inspired me to bring this fantastic show to light on this blog. Here's the full article for a more professionally written piece by a writer who isn't too lazy on a Sunday to flesh out this story. Dave Itzkoff writes, "Comedy Ahead of its Time: If That Time Ever Comes.

Click here to see the The Dana Carvey Show on Hulu.

From the Minisode Network, here's an abbreviated episode: