Thursday is one of the coolest days of the week. It's the day before Friday, and, unless you're out for an evening of drinks and partying, it's a night in to watch the NBC line up of comedy. 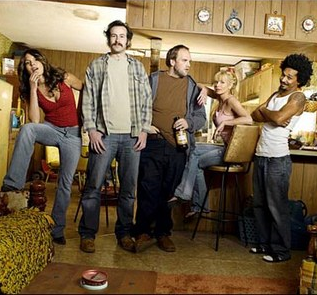 My Name is Earl
Airs tonight on NBC @ 8:00pm et/7:00pm ct
I don't usually write about this show, and it's a shame. It can be funny, but it just hasn't compelled me enough to pick apart the world of its lead character Earl Hickey. However, I've enjoyed the sitcom since its inception. It's light hearted with just the right amount of fluff and zany antics that promote chuckles. The cast, lead by Jason Leigh, is truly terrific. Character development is custom built into Earl's karma list - the main device that rules the show; therefore, the progression isn't subversive as it is in The Office, or as side splitting as in 30 Rock, but its quirkiness has kicked off the prime time line up nicely these past several years.

When NBC announced program cancellations and introduced new comedies to their slate, Earl was still in limbo. Production companies could not come to an agreement, and there has been talk about shopping the show to another network. So, this could be Earl's swan song season on NBC, with the finale upon us in the next week.

Tonight's episode is entitled "Inside Probe: Part 2". The Crab Shack is filled to the gills with residents of Camden County who await the conclusion to the story of how Ernie Belchers disappeared. Theories of alien abduction, feuds and sex tapes are shared, but the answer is right in front of them. 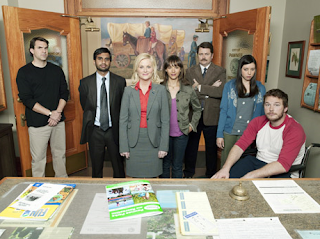 Parks and Recreation
NBC Tonight @8:30pm et/7:30pm ct
Last week's episode "Boys Club" was so absolutely hysterical, so filled with fun that I feel Amy Poehler's new show is starting to gain some momentum. Sadly just when it's getting started on it's six episode first season run, we're down to the last two installments before summer hiatus. All the more to look forward to! With a full lineup of episodes for the 2009-10 season, P&C could go gangbusters.

Tonight's episode is "Banquet". Leslie Knope attends her a banquet honoring her mother, while Tom and Mark bail on the event to go pick up women. 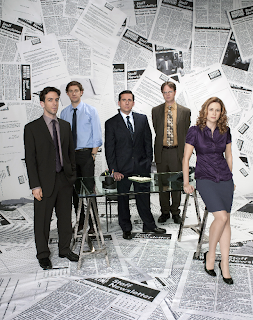 The Office
Tonight on NBC @ 9:00pm et/8:00pm ct
Tonight's episode is entitled "Cafe Disco". As the title implies, Michael decides to bring the cafe disco world to Dunder Mifflin. Why not? Michael's dumbass-ery seems to get him everywhere at that stupid company. Meanwhile, Jim and Pam go on some kind of secret trip. Couple that with the goofy promo NBC has been airing where Pam blurts "We're getting married today", rest assured that they AREN'T getting married today, and if they were, I didn't wait five years for these lovebirds to get together only to have them married on a work day...impromtu...in their work clothes. There better be a church, a walk down the aisle, a wedding dress and a handsome groom at that alter - even if we have to wait until Fall. (As you can tell, I'm a bit miffed at this show). 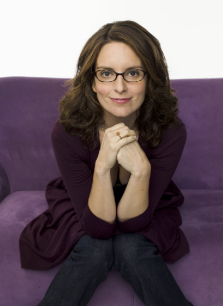 30 Rock
Tonight on NBC at 9:31pm et/8:31pm ct
After Colleen planted the seed of doubt in Jack's mind about who his father really is, Liz and Tracy talk him into finding his biological dad. Didn't Tracy admit to Jack that he never cheated on Angie? Strange, because he introduces his illegitimate son to the TGS crew. Also, Liz and Jenna get into a tizzy about who gets recognition for one of Liz's ideas.
Posted by TVBlogster at 6:21 AM

Email ThisBlogThis!Share to TwitterShare to FacebookShare to Pinterest
Labels: 30 Rock, My Name is Earl, Parks and Recreation, The Office