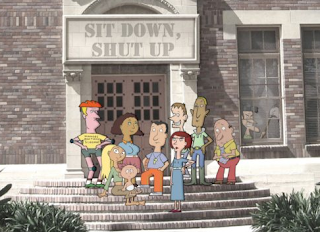 Not that I'm a big fan of animation, but Fox just canceled Sit Down Shut Up before it even had a moment to live on the airwaves for a minute or two, and that's, well...a bummer. Produced by Michael Hurwitz, the same guy who helped bring Arrested Development to our world, it was a kooky look at the life of the staff of a school, with enough hooks to have made me love animated comedy just a bit more. Voiced by Will Arnett, Kristin Chenoweth, Henry Winkler and Jason Bateman, to name just a few, it was a fast paced, oddball series in the same vein as Family Guy and King of the Hill - just a tad more bizarro, like the Bluths, but drawn with bright colors. It felt like it could have gained some ground because it was pretty damn good. Oh well. Say goodbye to Sit Down Shut Up before you all even had a chance to get to know it. 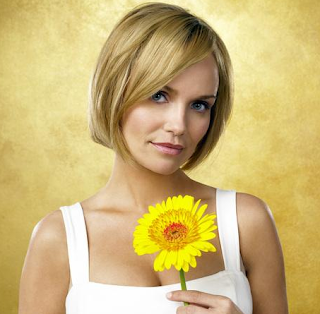 Speaking of Kristin Chenoweth, NBC has officially passed on David Kelly's Legally Mad, a drama about a Chicago law firm that was to star the Broadway songstress. NBC will be losing one million dollars paid out to Warner Bros for not taking it to series. Could that mean the peacock is making room on the schedule for Chuck next season? Speculations are flying.

Source: Variety
Posted by TVBlogster at 6:37 AM

Email ThisBlogThis!Share to TwitterShare to FacebookShare to Pinterest
Labels: Chuck, Kristin Chenoweth, Sit Down Shut Up