The Good, The Bad and the Ugly of This Week's Television So Far

When television is good, it curls my toes with delight. Clever, silly comedy or riveting dramas can teleport me from reality to a happy realm I want to inhabit until end credits come tumbling down my screen. Sporting events, sitcoms, even a heartfelt moment on a reality show can be pretty swell.

But when television is bad it really pisses me off. Of course there are buttons on the remote you can push to take away that horrid program, but the eyes cannot turn away. Even programming I enjoy can leave me pacing around a room shouting out WTF's and Why? Why? Why? It can be a hodgepodge of the good, the bad and the ugly. Here's a list of what stirred me this week.

The Office. Kelly and Andy's "Dance Off". Miss Kapoor showing the Nard Dog that the booty don't lie. 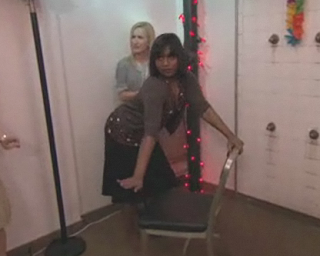 Parks and Recreation. One of my favorite things is Tom's way of messing with Leslie when taking dictation. Example: Leslie's recitation of her speech, "It was a great learning experience because my Mom cast a long shadow" translates to thus: "Marlene Griggs Knope is morbidly obese." Yes. This show is going to rock. Give it a chance. It's getting there. 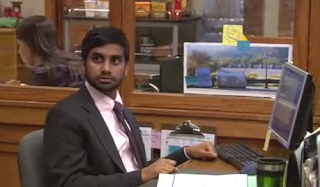 Jessie in Breaking Bad. I just wanted to hug this lost pot head druggie last Sunday when he realized his smoking persona isn't "meet the dad"material. When his girlfriend's father came knocking, she pretended Jessie was just the neighbor. Poor, Jess - he was so eager to meet him too. Shows the dilemma he faces in his life: drug war lord over comic book geek who could go straight if he just believed in himself, and if Walt would get out of his hair. Loved the "Apology Girl" note under the door. 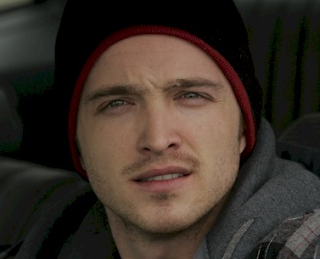 Saturday Night Live. Justin Timberlake takes over studio 8H with the usual sketches that always win for me, such as the sequel to "Dick in a Box" called "Motherlover", the dude on the sidewalk that sings, and The Barry Gibbs Show. 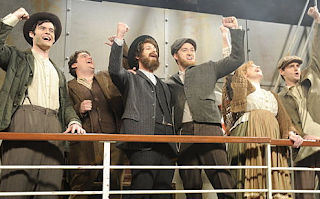 Walt White in Breaking Bad. Seriously, he's so good at being bad, that I don't want to hate him, but I do. Once the supreme milk toast Mr. Cellophane, Walt cut his bad ass teeth killing a few drug lords and facing the sadistic wrath of the demonic Tuco, hardening him into a bad mutha effer. He thought he could get out of the business, but the power he has garnered is a drug itself. It's to a point where he' doesn't give a crap about his family anymore - it's all him now. 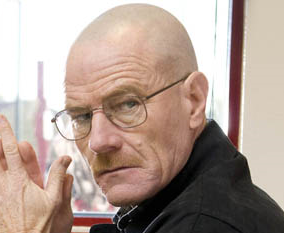 Michael Showalter and Michael Ian Black, Mets Weekly. The Michaels took to the broadcast booth at Citifield and did some totally stonking hilarious play by play on the weekly Mets round up on SNY. If they want to give Gary, Keith and Ronnie a break for a few games, I'd be happy to hang out with these guys for nine innings. Their new show Michael and Michael Have Issues will premiere on Comedy Central in July. 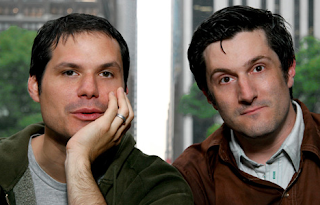 "Baseball is like a snowflake." (No two games are alike)

Celebrity Apprentice. I wouldn't watch this show if Malcolm McDowell himself came into my room decked out in Clockwork Orange attire forcing my eyes open to view this dreck. The only reason I even know about it is due to the ad nauseum promos and the fact it just HAS to make news. Piecing together the clips seen, it appears Momma Rivers won the whole enchilada. Nothing a little ranting and death threat action can't do. Sales on Joan Rivers' QVC schmata and bangles will definitely be going through the roof now. 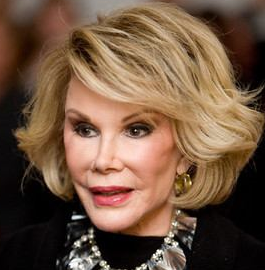 The Real Housewives of New Jersey. Watching a Bon Jovi concert with a sea of mullets hammering their heads to "You Give Love a Bad Name" is more poetic than watching the cat fights these broads will dish out. But having seen a clip of one Jersey wife bitchily chirping to another her despair over not being invited to a club, making the put upon Principessa ask her sad friend "When are you going to get your period?", just makes me to watch this. Damn you, swamps of Jersey. 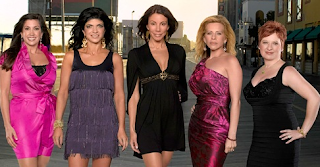 Skylar White on Breaking Bad. This isn't bad as it is annoying. When is Skylar going to give birth to that baby? She's been pregnant for two years now. Every time I see her she makes me feel bloated and stretched. That's her previously born kid throwing up in the pool. 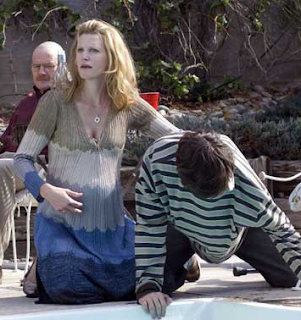 Dwight on The Office. There is nothing more upsetting than seeing a future isolationist like Dwight pretend he's a character from Silence of the Lambs and feeding Phyllis like a mule. What's even worse is that he's doing it in his undershirt. Rainn Wilson is a fetching bloke, but as Dwight, his tee-shirt moments burn my eyes. 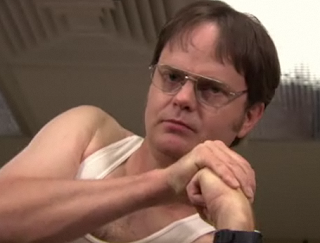 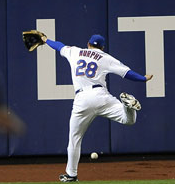 Well, at least the Mets won.

Most Viewed DVD of the Week: 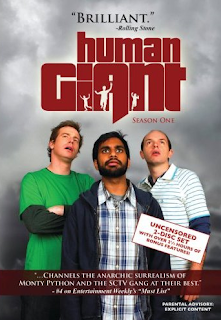 Posted by TVBlogster at 8:01 AM